Showing posts from July, 2021
Show all

July 28, 2021
We're getting to the business end of the tournament now, and with a place in the Grand Prix resting on getting through this round, everybody was keen to avoid defeat. So much so, in fact, that only four of the sixteen standardplay games had decisive results, and two of them (in the Martorisyan-Tabatabaei match) were from opposite players in the same match. Thus only Sam Shankland and Vidit Gujrathi went through without needing the stress of rapid playoffs.  Magnus Carlsen's dream of winning a first World Cup is still alive, after he won a match against Esipenko that went all the way to blitz. He is, however, the only member of the original top eight seeds still in the tournament, as Vachier-Lagrave and Grischuk were eliminated by Karjakin and Duda respectively. Rounding out the final eight are Fedoseev, Bacrot and Tabatabaei (the latter being the lowest-ranked player still in the tournament).
Post a Comment
Read more

July 25, 2021
After a rest day on Wednesday, play resumed in the World Cup, and, with the shrinking size of the field, there were fewer giant-killings to report on. Not none, though: Serbia's Velimir Ivić managed his second win against a top-twenty player, beating Dmitry Andreikin in the playoffs. Amin Tabatabei of Iran also continued his impressive run by beating Pentala Harikrishna. Two other results went against the seeding: one was between two players who'd both already lasted two rounds longer than their seeding would have predicted, in which Vasif Durarbayli of Azerbaijan beat Nodirbek Abdusattorov of Uzbekistan; the other was the win of #18 seed Peter Svidler against #15 seed Nikita Vitiugov. In other games this round, Magnus Carlsen miscalculated in a winning position against Radoslaw Wojtaszek, but managed to get through the resulting playoffs. His opponent in the 2016 World Championship match, Sergey Karjakin, also got through, as did two of the participants in this year's Can
Post a Comment
Read more 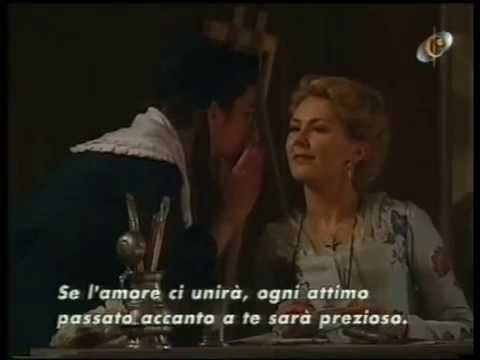 Welcome to Great Players , an occasional series in which I talk about chess players who might reasonably be considered prominent figures in the game. Feel free to suggest future subjects for this series in the comments. Two of my great loves in life are chess and musical theatre, and today's subject was a pioneering figure in both. François-André Danican Philidor (1726-1795)  was one of a large family of notable musicians, and composed an impressive body of work , largely in the opera comique genre. His most famous opera was Tom Jones , based on Fielding's novel. Philidor's chess, sadly, is not as well preserved as his compositions. His great achievements as a chess player came during the 1740s and 50s - during which he became known as the best player in the world after defeating his former teacher, Legall de Kermeur , in a match - but the games we have of his are mostly from the 1780s and 90s, and not many of those at that. (My copy of BigBase has ten games of his th
Post a Comment
Read more

July 21, 2021
Another round of the World Cup, another set of surprise results. We've only just arrived at the last 32, but more than half of the players initially seeded to be the quarter-finalists are already out. Adding to Aronian and Firouzja in this category were #2 seed Fabiano Caruana (who lost to Rinat Jumabayev of Kazakhstan), #4 seed Anish Giri (thus causing Nodirbek Abdusattorov to join the set of Uzbek giant-killers) and #6 seed Shakhriyar Mamedyarov (who lost to Armenia's Maik Hartirosyan). #7 seed Maxime Vachier-Lagrave did make it through, but his match went all the way to an Armageddon game. Also exiting at this stage were the last remaining representatives of the three Southern continents: Jorge Cori of Peru, Bobby Cheng of Australia and Bassem Amin of Egypt. Amin's elimination was especially notable in that he was the highest-rated player remaining in his eighth of the draw; with the elimination of Firouzja and Dominguez Perez in the previous round and Amin and van Fore
Post a Comment
Read more

July 18, 2021
This was the round in which we got to see the big names in action. But, unfortunately, not all of them. Levon Aronian, who had been unwell going into the tournament, withdrew from his match against Australia's Bobby Cheng. Fabiano Caruana's match was also terminated on the grounds of illness, after his opponent, Susanto Megaranto of Indonesia, tested positive for COVID-19. (The test result was delivered 15 moves into their first game, which means that that game gets credited as a game for rating purposes.) Let us hope both players make a speedy recovery with no ill-effects. Ravi Haria once again took a higher-rated opponent to playoffs, but this time was unsuccessful, as Bacrot coped excellently with a rather speculative gambit in the Classical French. British hopes for success in this event will have to wait for another occasion. The other big news of the round was the elimination of three top-ten players at this stage. As well as the aforementioned Aronian, exiting in this r
Post a Comment
Read more

July 15, 2021
So, even though the Carlsen-Nepomniachtchi match hasn't started yet, the qualification process to determine who will be in the next World Championship match is already under way. Joining the loser of that match and Radjabov (who withdrew from the last Candidates for COVID-related reasons) in the Candidates will be two players from the World Cup, two from the Grand Swiss, and two from the Grand Prix.    The  World Cup is, this time around, increased to 206 participants from its previous 128, with the top 50 seeds going straight into the round of 128 and the other 156 playing in a preliminary round. Apart from that change, the format is the same as in previous years: a seeded knockout with two-game mini-matches; matches that finish 1-1 go on to tie-break matches at progressively faster time controls. At the end of it, the two finalists are the qualifiers, and all the quarter-finalists who don't reach the final qualify for the Grand Prix. Or, at least, that's what would
Post a Comment
Read more

July 13, 2021
So it turns out congress chess has started to make a return, in the shape of the long-running series of 4NCL Congresses . The 25th such event was held in Leamington Spa over the past weekend, and attracted a total entry of 130 entrants across 3 sections. Among the entrants were three grandmasters, Nigel Davies, Keith Arkell and Peter Wells, but none of those players actually won the Open section. First place was instead shared by two strong young players, FM Jonah Willow (19) and CM Aaravamudhan Balaji (16), with 4½/5. Balaji's performance was especially impressive, including a win against Wells and a draw against Arkell on his way to a rating gain of 67.2 points. Arkell finished third on 4 points. I've annotated three of the games; thank you to Jonathan Tait for giving help on how to display them.
2 comments
Read more

In which we are contradicted

July 12, 2021
My world is a mess of contradictions. I describe myself as a chess player, but haven't actually played any competitive chess since March 2020. I haven't done any chess arbiting or organizing for longer than that. And, despite competitive chess's having returned, and my longing to be an active part of the chess community again, I probably won't be returning to it for some time yet. Still, the re-emergence of competitive chess has stirred something in me that might be vaguely fruitful. I've started this blog in the hope that I do at least have something to say about it.
Post a Comment
Read more